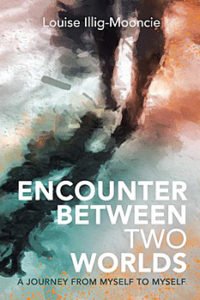 What do you think of reincarnation? Do we all have many lives? Louise is a German-born woman who has tried to come to terms with the horrors of the Holocaust. She believes that she met one of her past selves, a Jewish ghost.

I’ve been working on an interview for Hastings Online Times with Louise about her book Encounter Between Two Worlds (see end of post for a link to the article).

Consensus based on evidence is the best (the only?) proof we have of anything. It’s what science relies on, but theories change. New ideas surface and new evidence is found. Consensus changes.

Faith and beliefs of various kinds are not reliable because there is no hard evidence. Faith and belief relies on feelings. This is what I feel to be true. Not at all reliable. (Think of the climate change deniers.)

It is surprising, however, how tightly we cling to what we believe to be true, including myself despite the knowledge that this is a potentially dangerous practice.

For what it’s worth, then yes, I believe that reincarnation happens. I believe that I need to learn from the past and I believe that I can learn (although I’m slow, terribly slow). I’m not going to try and convince you of this because I’ve got no proof and I might be wrong.

And another thought – does a belief in reincarnation help you to live better? I think it helps me to try, but this is what a believer in anything would say.

And does it help you to write? Aha, now we’re getting to something that might be useful (for me at any rate as well as for all of you who also write). Unfortunately, I don’t see why it should. Even if you think your previous incarnation was a famous writer.

It would be the same with music or anything else. Even if you think you are an incarnation of Mozart, why would you be any better at music than anyone else? The music prodigy might only have been part of just one particular life.

Mainly what helps you to write is a mixture of motivation and practice. What did somebody say – 1% inspiration and 99% perspiration (with the 99% coming from some sort of blind drive over which we have little control). Creations are made from blood, sweat and tears. Laughter, too, of course.

The good bit about my own belief in reincarnation is that it leads me to believe that the same fellow travellers turn up on my path in life after life (thank you Kate Atkinson). I’m so pleased to see them – so pleased to see you.

You can read about Louise’s book in Interview with Louise Illig-Mooncie, author of Encounter between Two Worlds.

Why don’t you tell me what you think?